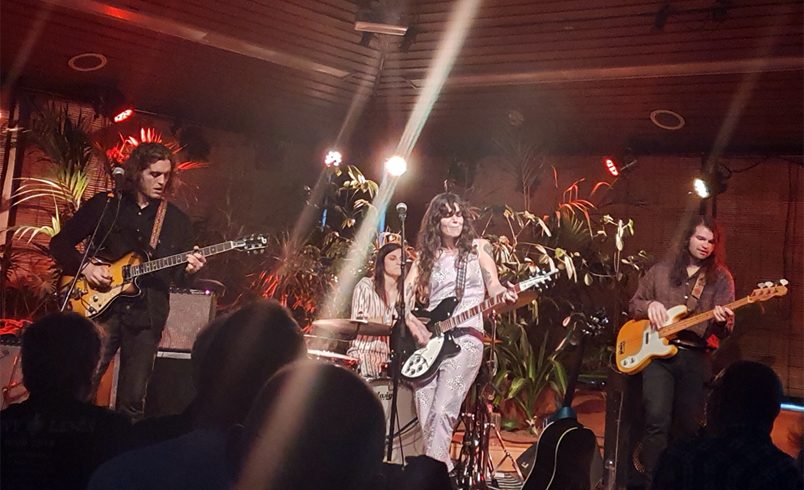 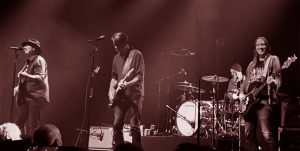 Take Root in Groningen is a one day Americana festival featuring 24 acts on 6 stages in a modern concert venue. Similar to a large version of The Sage Gateshead. A cheap plane ride into Amsterdam Schiphol and a two hour train journey to Groningen & hey presto .. your there for the 4.00pm gig kick off.
So, I managed to see some of the opening acts The Rails featuring James Walbourne who was often at J’Hot Club back in the day with Peter Bruntnell, and a bit of three girl rock harmony group Joseph (while we were getting an early pint and a teatime bite to eat). Their was surprisingly a queue next up, to get into singer – songwriter Caroline Spence so all we did was move upstairs to get a pitch for one of the happening big name’s on the bill, Molly Tuttle. She was well worth it & is an incredible & acclaimed guitar player ( Bluegrass guitarist of the year – first ever female winner ) with a super tight band of fiddle, guitar and bass.

We then moved on to see the down home americana soul band The Delines led by Amy Boone and Willy Vlautin. This was a good move as we got in early enough to catch their sound check. After watching most of their inspiring show, we went into the room next door for John Hiatt’s daughter, the singer songstress Lilly Hiatt. Lily has come a long way from her first UK tour back in 2016 with Hannah Aldridge, when she was looking at her shoes and not making eye contact with the audience. More animated last year at J’ Hot Club – Cluny 2 she has evolved into a rock chick with red-hot talented band. Playing and suiting a Rickenbacker and well worth you checking out.

Next up was Alt Country supergroup Son Volt . For me, this was my “Gig of the day” . Id not seen them since 2005 and it was well worth the wait. They played an old and new set with some duelling lap steel and guitar slide which was really off the scale. Great stuff from the masters.

The Long Ryders came next & were thankfully, far more up for a show than their Edinburgh gig I saw, earlier in the week. The audience were enthusiastic and the band responded with a cracking set. Stephen McCarthy climbed the PA left of stage for a couple of solos, the excitement was getting the better of him.
After Sid, Stephen & the Long Ryder gang’s performance, I wasn’t that fussed to see Drive By Truckers. Again although they are now pared down to a 4 piece (Patterson, Cooley, drummer and smiley bassist) they put in an absolutely rocking set that was well worthy of their headline set.

Away in the smaller room we moved our butts & caught Garret T Capps, who were an opening act last year. This year however their well up the bill. Garret’s band are now called NASA Country and have some weird electronic stuff going on which makes them sound a bit Hillbilly Hawkwind if you like !
& the last band we saw were Quaker City Night Hawks, a newie to us, who were fantastic. However Im not sure if they would be welcomed by every promoter after an on-stage fight in Nashville a few weeks ago, but in Groningen they got up and absolutely rocked the joint. What a awesome power trio racket & they are well worth checking out.

As you’d expect we had a fantastic day of music & fun. Going home on Sunday we were lucky enough to catch Lilly Hiatt‘s afternoon show in Amsterdam, which made a grande finale to a wonderful weekend.